Join Modernist Cuisine head chef Francisco Migoya for a 3-day class on the different styles of Neapolitan pizza that we learned about and created while writing Modernist Pizza.

Not only will you learn hands-on techniques, recipes, and tricks, you will also learn about the history of Neapolitan pizza and how it became one of the most famous pizza styles in the world.

Along with your Pizza University chef jacket, apron, and graduating certificate, you will receive a 15% discount code for Modernist Pizza from the Modernist Cuisine shop.

Francisco Migoya, head chef at Modernist Cuisine and coauthor of Modernist Bread and Modernist Pizza, grew up in Mexico City, immersed in the cultures of his parents: American, Italian, and Spanish. The flavors of his family’s cooking and of his neighborhood were integral to his life, encouraging an early love of cuisine. Chef Migoya’s first calling, however, was art. Before turning his attention to food, Migoya, a self-taught artist, set his sights on art school to study drawing, primarily in pencil, charcoal, and ink. Encouraged by a friend, he acquired a staging position in a Mexico City hotel at age 16. Migoya quickly realized that the kitchen was where he belonged.

This experience led Migoya to pursue a culinary degree. While attending the Centro de Estudios Superiores de San Angel University in Mexico City, he received a full scholarship to study gastronomy at the Lycée d’Hotellerie et de Tourisme in Strasbourg, France. After moving to New York in 1998 and working in savory kitchens, Migoya eventually answered a newspaper ad for a pastry cook position at The River Café in Brooklyn, where he immediately connected with the world of sweets. He then went on to work as the pastry chef at Veritas in New York City, the executive pastry chef at both The French Laundry and Bouchon Bakery, and as a professor at The Culinary Institute of America in Hyde Park, New York.

His work earned him recognition as one of the top pastry chefs in the country by Dessert Professional (2011) and Tasting Table (2013). As owner of Hudson Chocolates, he was recognized as one of the “Top Ten Chocolatiers in America” by Dessert Professional (2013) and received additional kudos from the Gremi de Pastisseria de Barcelona, who awarded him the Medal of Master Artisan Pastry Chef (2013). Migoya has authored three pastry books: Frozen Desserts (2008), The Modern Café (2009), and The Elements of Dessert (2012), which won the 2014 International Association of Culinary Professionals Cookbook Award in the Professional Kitchens category.

Francisco joined Modernist Cuisine in 2014, just as work was beginning on Modernist Bread. Together, he and founder Nathan Myhrvold are at the helm of the culinary team as well as research and development. Migoya’s background, expertise, and artistry have made him uniquely suited for the role. Collectively, he, Nathan, and the team spent over four years researching the science, history, and techniques of bread making. Together, Migoya and Myhrvold developed more than 1,200 recipes and dozens of innovative techniques that push the boundaries of bread making. Published in 2017, Modernist Bread won multiple awards including a James Beard Award, the IACP Jane Grigson Award, and two Gourmand World Cookbook Awards in the categories of Best Food Book and Best Cookbook Publisher. Modernist Bread has been featured in publications like the NYT Food section, Forbes, The Washington Post, Martha Stewart’s blog, and more.

Migoya and Myhrvold have spent the last several years working on Modernist Pizza. Over the course of 500 experiments, they tested long-held pizza-making beliefs, invented techniques such as flavor-infused fior di latte mozzarella and a method called “cross-crusting” that uses one dough to make multiple pizza styles, as well as how to transform canned soup into a refined pizza sauce. The 1,016 recipes they developed for Modernist Pizza includes both traditional pizzas as well as creative twists on cult classics like a Hawaiian pizza.

In 2019, Migoya was inducted into Heritage Radio Network’s Hall of Fame as an individual whose accomplishments have had a special impact on the food community. Migoya, Myhrvold, and the Modernist Cuisine team’s book Modernist Pizza is now on sale. 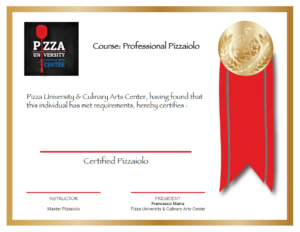 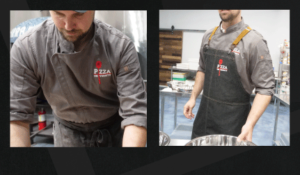 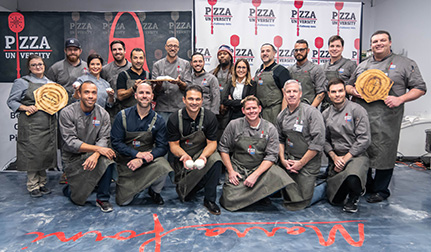 Post pizza-class support via email to our Culinary Director. 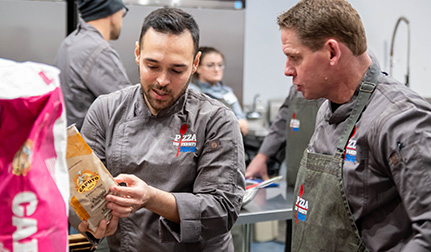