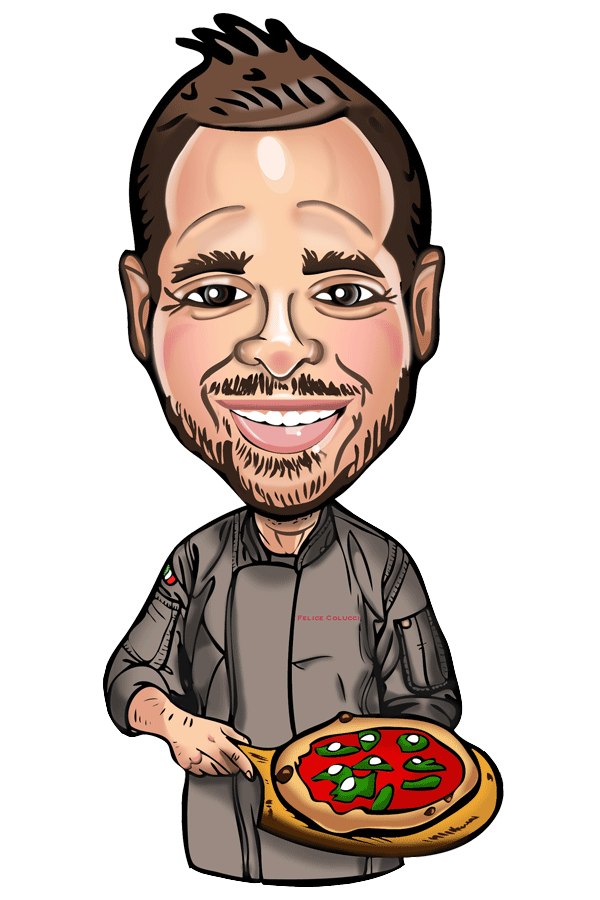 Chef/Pizzaiolo/Master Baker Felice Colucci is on a mission to give all of our students “the right tools” needed to succeed in making authentic pizza. A self-described pizza “fanatic” – there is no aspect of putting together a proper pie that Chef Felice does not take seriously. He credits his passion for baking to his Italian upbringing. “Growing up in Italy,” he says, “there’s always flour on hand.” It’s an ingredient that can be easily mixed with water to form the cornerstones of our cuisine – pizza and pasta.

Chef Felice, like many Italian children, grew up “playing with flour” while his mother made pasta in his home region of Puglia. He even jokes that he ate so much bread as a child that his mother has several childhood pictures of him enjoying his favorite pastime.  It wasn’t until he was much older, however,  that he knew baking was the right career choice for him. Since he loved eating pizza, he jumped at the chance to help a friend out in a pizzeria that he had just opened. The experience taught him that he truly enjoyed making the dough, topping the pizzas, and most of all, eating the pizzas.

At 27 years old, he decided to become a professional baker. Pizza became his favorite dish. What fascinates Chef Felice the most about pizza is the union between the dough and the cheese. Getting the cheese to melt properly while the pizza dough cooks is his passion.

At the Pizza University & Culinary Arts Center, Chef Felice gets to share his knowledge of pizza from A-Z. His courses cover all technical aspects of preparing pizza. They also teach how to prepare all types of pizza, and even breads and focaccias and other recipes in Marra Forni ovens. In addition to the classic Pizza Napoletana style, Chef Felice also has experience teaching Sicilian, Roman, Detroit, New York, Chicago, and Neo-Neapolitan pizzas. (https://www.pizzauniversity.org/detroit-chicago-ny-or-napoli-all-you-need-to-know-about-pizza-styles/ )

During each of his classes, Chef Felice spends time giving primers on all of the basic ingredients and equipment. His students learn which type of flour to use, how to choose the best yeast, tomatoes, cheese, and more.  Pizza-proofing, shaping, stretching, topping, and cooking techniques are also gone over in detail.

Among the types of classes, Chef Felice teaches are those for professional and restaurant chefs wanting to increase their skills and event classes for large organizations. He also assists the Master Pizzaioli whose classes are hosted by the Pizza University and leads our private event classes. Some of his students already know how to make pizza professionally, but just want to learn a new style or brush op on techniques, while others are completely new to the world of baking.

Recently Chef Felice began teaching classes to school children. He says that those classes give him the most pleasure because he “loves seeing the joy that they feel, how they react to getting their hands dirty, and witnessing them learn something new. It’s sheer happiness,” he says, “when they see their own pizza come out of the oven.”

The aspect that Chef Felice enjoys the most about teaching adults is staying in touch with them long after the classes end.  He derives great satisfaction from his students who take the foundations he gave them a step further and transform them into their own style.

Since Chef Felice is also the Culinary Director of Marra Forni, he is used to the philosophy of customer service continuing after a product has been purchased. He believes that the purchase of an oven or the taking of a class should only be the beginning of his relationship with a client. He always asks his clients for pictures of their pizzas after they leave the class. He wants to help troubleshoot and obstacles they might face afterward and is always happy to help them. His email is on the website so that clients can stay in touch, and he is always eager to help them.

“Together we can do great things” is his motto, and he loves nothing more than seeing his students succeed.

Detroit, Chicago, NY or Napoli? All You Need to Know About Pizza Styles

All You Need To Know About Neapolitan Pizza Dough 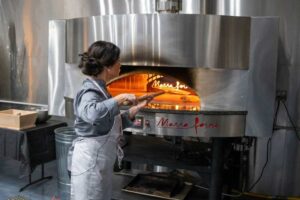 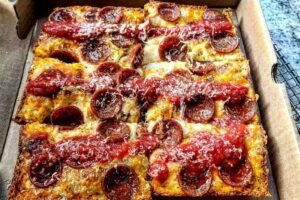